Achieving maximum productivity from the dairy animal, both in milk production and ongoing fertility, is crucial to maximizing profitability of the dairy farm, and is the focus of every successful dairy farm.

Critical to this is ‘rumen stability’, with recent work out of the University of Wisconsin suggesting that specific bacterial groups within the rumen are dynamically associated with high and low milk production efficiencies (Jewell et al), and work published in June 2019 showed that the rumen microbial population takes 9 weeks to adapt and stabilize (Clemmons et al) to a changing diet.

The table below presents a typical dairy ration in Czech, with silage accounting for 78% or more of the daily ration, which is much higher than most other countries:

Variability in the nutritional value of the silage placed at the feeding table will contribute to rumen microbial instability, depressing milk production and the profitability of the farm.

Work undertaken in Czech by Mikrop and published at the International Silage Forage Conference in Brno (Novotny et al, 2019) investigated the variability in silage across the face of a bunker and within different areas of the bunker and highlighted significant variance in the silage density, nutritional value and fermentation values across the face and through the bunker. These variabilities also lead to rumen microbiome instability and associated reduced animal performance, if this was silage was introduced to the animal daily through the feeding system. 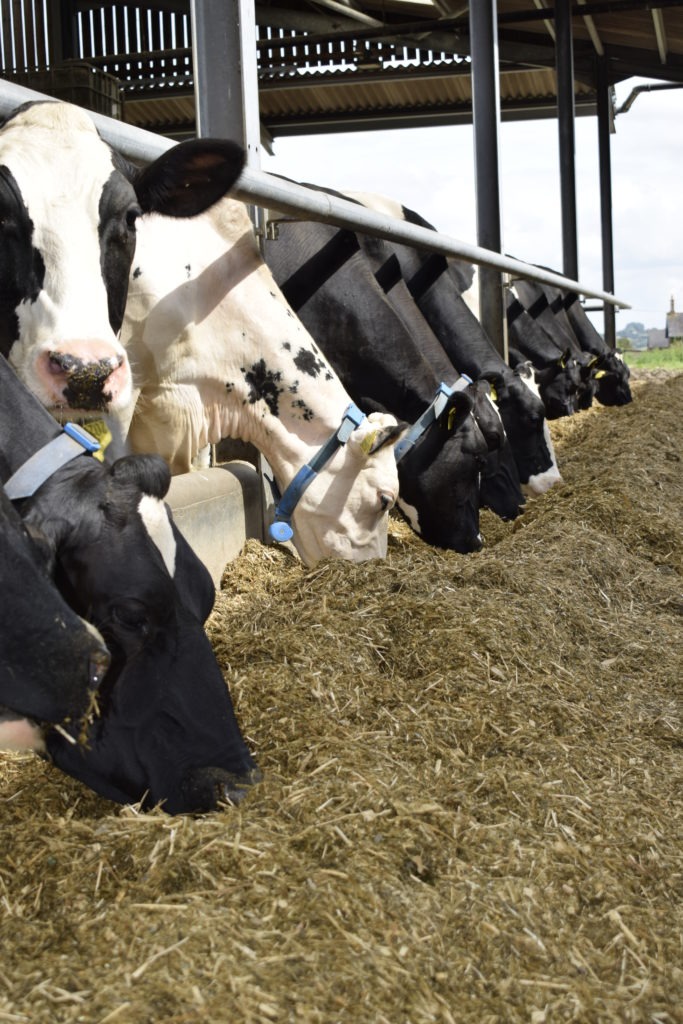 Understanding the degree of nutritional and fermentation variability inherent within the bunker (even a bunker produced from ‘perceived homogenous’ material and harvested using current self-propelled forager technology) allows the farm to see the immediate importance of the quality of the bunker sealing and sheeting (to minimize the silage quality variance from the top of the bunker to the bottom of the bunker due to air penetration during storage) and the importance of crossing the entire face at each time of feed-out’ in order to stabilize the rumen microbiome.

Novotny assessed a 2018 produced corn bunker, harvested over a 1 day period with a self-propelled forager, sheeted with standard plastic and fed across the face on a daily basis using a TMR mounted defacer. Six sample points were taken across the face at two time points. Compaction of the bunker was consistent and excellent, but enormous variation existed between the nutritional and fermentation profiles at the two levels with the dry matter of the top samples being 30% (±1%) whereas the dry matter of the bottom layer was 40% (±1%). Significant variability was also seen in the starch content of the samples taken from the top compared to the bottom of the bunker. Samples from the top were consistent at 24% whilst the lower samples varied between 19.3 – 26% starch content. 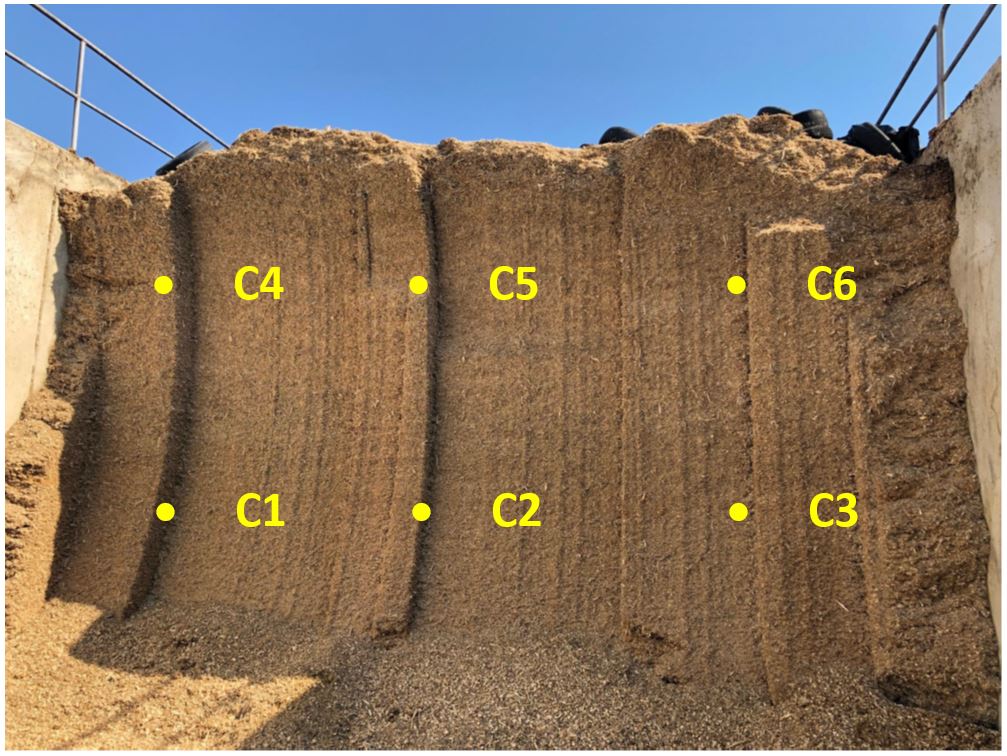 Using this data to investigate the ration initially stated, the TMR will supply a consistent DM and starch content but only if the silage is removed by a defacer. In turn, this allows ongoing stability of the rumen microbiome.

If the silage is removed by a block cutter, then each animal will be receiving amounts of starch varying between 3.86 – 5.2Kg on a daily basis which, depending on what starch value the ration is formulated to may induce Sub Acute Rumen Acidosis (SARA) if the silage starch value is assumed low it will without question lead to rumen microbiome instability which in turn leads to reduced production.

The same trends and variances were seen in the starch levels when the bunker was re-sampled six weeks later, with the top layer of the bunker consistently being in the region of 23% starch content, but the lower samples were significantly higher in starch content (averaging 26.7% starch).

The relevance of this work is clear. Silage is variable within the bunker (and even more so in an AgBag) and it is necessary to overcome this variability by feeding across the entire face and by taking frequent samples to adjust the nutritional value of the silage within the ration (at a minimum all silages should be sampled every month and the ration adjusted appropriately). If the bunker is being sampled by the farm, the protocol for sampling is to draw an imaginary ‘W’. Ensure that the face is clean and fresh and take 10 – 12 samples across the ‘W’ with a core, mix together to homogenize and place in a clean plastic bag with as much air expelled as possible. Do not take samples on a Friday as this will lead to the sample being in the post or the laboratory for a minimum of 2 days prior to analysis.

Not all farms can invest in the use of defacers to cross the face on a daily basis. Where it is impractical to invest into a defacer the farm should consider taking smaller blocks from the face so that the face is crossed more quickly. This will also help to maintain the aerobic stability of the silage, ensuring the maximum ‘milk potential’ and digestibility levels of the silage to the dairy or beef animal. This not only enhances productivity of the animal through rumen stability but also by improved maintenance of silage quality

Dairy and beef animal productivity is directly linked to the quality of feed (and water), and by minimizing the amount of variance in the feed that the animal is feed. Recognizing the inherent variance within silage bunkers allows the farm to adapt its management practices to start to overcome this variance and ultimately get the maximum productivity from the silage and animal. Mikrop, together with Lallemand, are committed to assisting Czech farmers in this goal.

Heterogeneity of corn silage across the face of the bunker and through the bunker. Novotny, D. and Marley, G. International Silage Forage Conference, Brno, Aug 2019